Portfolio > Abstractions of the Early Hour 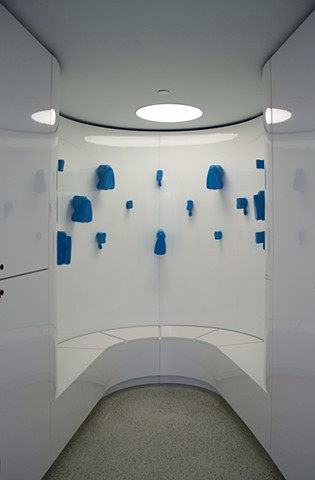 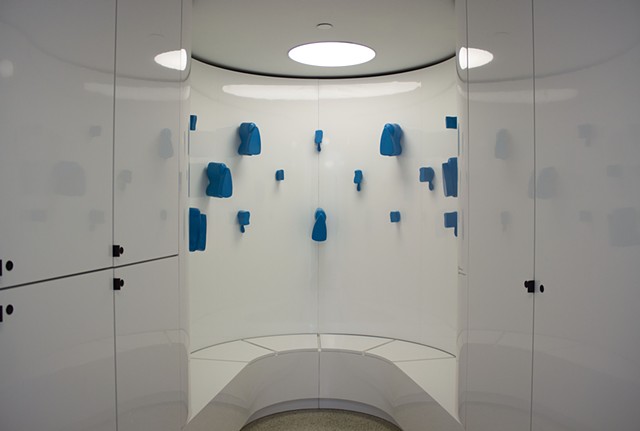 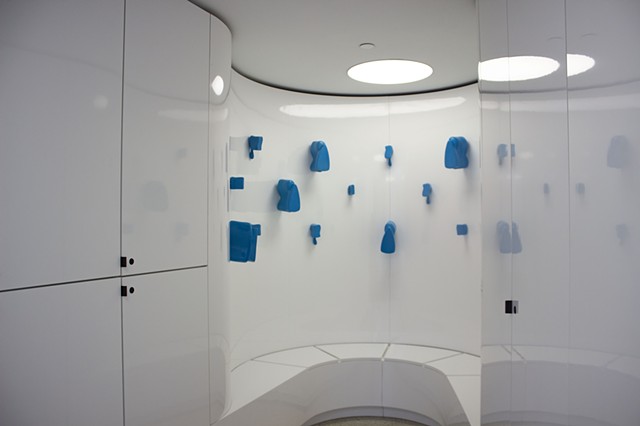 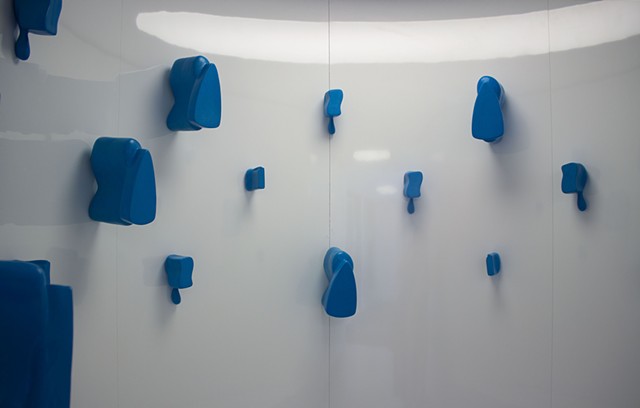 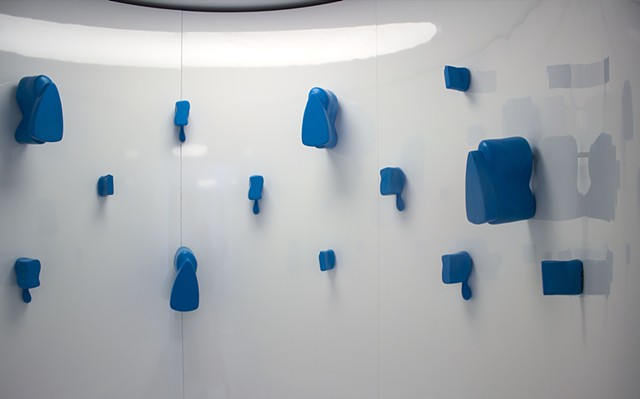 Abstractions of the Early Hour is an installation piece located in The Arcus Center at Kalamazoo College in Kalamazoo, MI. This work is comprised of three different types of multiples that have been hung on coat hooks located in the Arcus Center’s coatroom. Each of the three different forms were designed by melding two different functional objects associated with grooming and self-care. These combinations include a clothes iron and shoe, a brush and sponge, as well as a bar of soap and a lighter. The outlines of these objects were used to shape three separate foam models, each of which was molded and slip cast to produce 18 molds in total. Slip casting techniques are used to create objects – ranging from toothbrush holders to toilets – that are already prevalent in the American epicenter of self-care and privacy: the bathroom.

These objects were painted with a pre-mixed acrylic shade of turquoise; thus, their monochrome, plastic sheen mimics the mass-produced texture and shades of shower products, such as body wash or shampoo. The sheen and curvilinear form of these objects mimic the highly designed space of the coatroom. The coatroom is narrow, and limits the movement of viewers so that they enter one-by-one. The process of entering the sterile, tile-like white space of the coatroom mimics the process of entering the private space of a bathroom or shower.

Yet, this space is not a shower– and these works are not functional objects of grooming. This installation is informed by a certain interest in the dissociation of objects and space that occurs in the semi-conscious moments of the first few moments of the morning – when the mind transitions from sleep to the responsibilities of the day. These objects were made inoperable through the process of melding; yet the process of mimicking the tired, confused mind is amplified by rendering the actual space of the coatroom inoperable by placing purely decorative objects on the coat hooks of the coatroom.