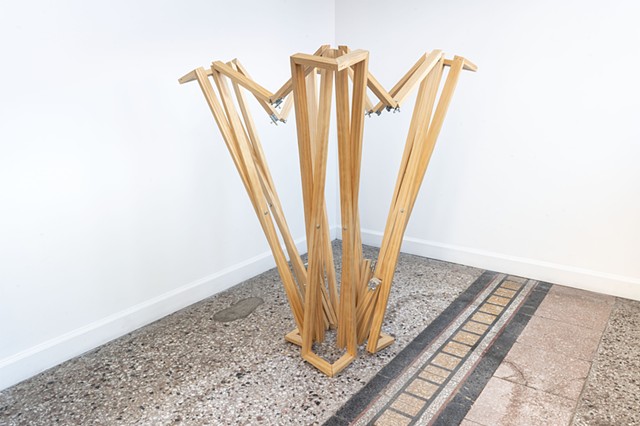 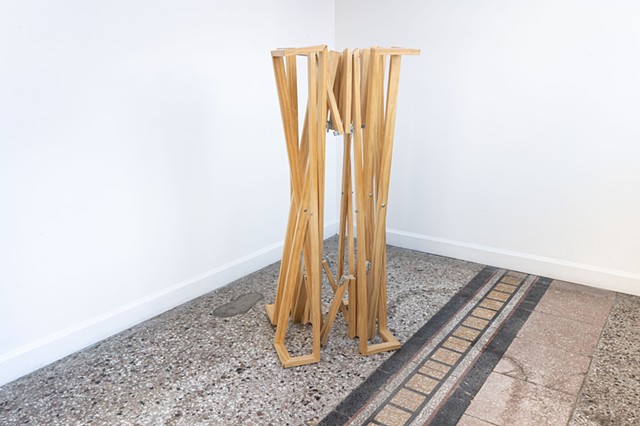 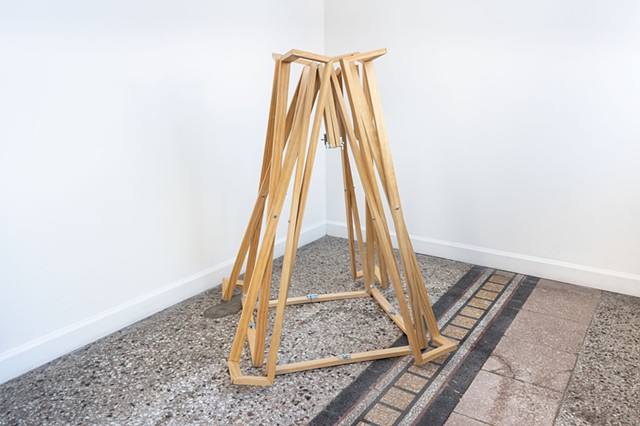 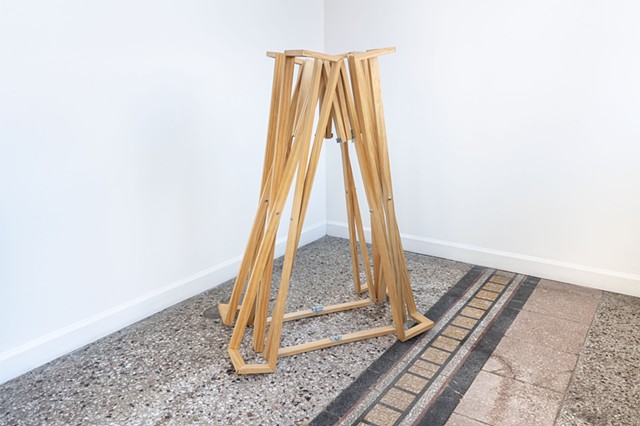 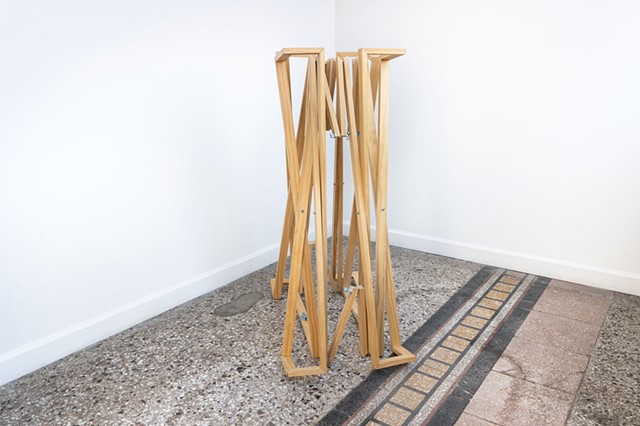 Expanded Expansion | Compromised Collapse was developed as a rearrangeable structure that evolves in form, volume, and depth – qualities that separate mathematic dimensions. The sculpture can collapse and expand into 10 different forms, which are determined by the viewer’s manipulation of the piece. Although the wood is not extremely fragile, the linear, thin strips are relatively frail and restrict a fluid, free movement of the sculpture. Participants were asked to work together to figure out the rules of the linear object – and, consequently, its possible forms. At the time I realized that the thin strips of wood acted as boundaries to the space. Subsequently, I gained interest in the means in which we order, rationalize, and react to a space with a fluid border.